At first glance, the huge, monolithic pillars of Meteora inspire a sense of wonder. However, as the story unfolds, the meaning of the barren rocks reaches new heights. The hanging monasteries atop the cliffs were not only a refuge for the monastic communities of the 14th century but a vault of history keeping the Greek culture alive for 500 years.  Meteora is just one of the wonders of Thessaly, a region first appearing in Homer as Aeolia. The traditional mountain villages and glorious beaches of Mt. Pelion and the mystery of the prehistoric Cave of Theopetra captivate the imagination.

Thessaly lies in central Greece bordering Macedonia to the north, Epirus to the west, Central Greece to the south and the Aegean Sea to the east and also includes the Sporades islands.  Some of the highest mountains in Greece are located here including Olympus, Kissavos and Pelion, as well as the Pinios River, the third longest, which crosses the Tempi Valley.  Volos is the only large harbor with a coastline of crystal waters.   Larissa, the capital, is a modern, vibrant city with an ancient past. In antiquity, Larissa was the center of the historical Thessalian Plain and home to Hippocrates (Father of Modern Medicine).  Hippocrates’ Tomb, once visited by Julius Caesar, is one of the city’s highlights.

Thessaly is known as the heartland of Greece providing over 40% of the total agricultural production of the country. The Pinios River basin is the principal agricultural region where corn, rice, olives, a variety of vegetables and citrus fruit are grown. Known for cattle raising and sheep, the district is noted for its exceptional milk, yoghurt, butter, variety of cheeses, vegetables and excellent meat.

The Greek Breakfast of Thessaly includes a wondrous variety of local foods and dishes, such as  the charcuterie of Pelion, pie with ‘trahanas,’ a traditional food made from semolina or cracked wheat mixed with milk or yogurt, cheese pie of Skopelos, local cheeses, such as manouri (PDO), a curd cheese and kaseri (PDO), both from sheep’s milk or combination of sheep and goat milk, the egg dishes of Larissa, sausages and Halva Farsala, a jelly halva with buttery caramel flavor and named for the town where this delicacy originated. 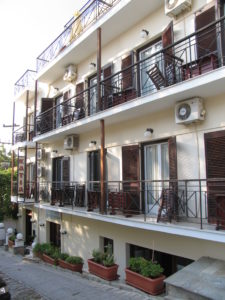 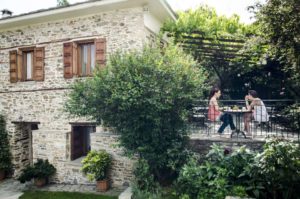 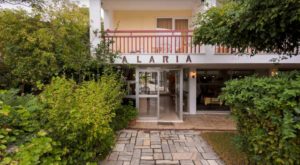 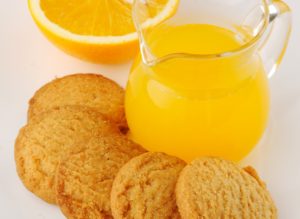 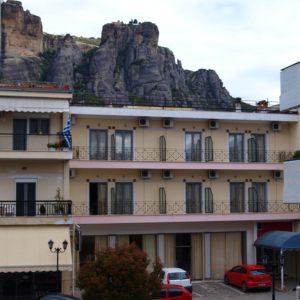