‘Ionian’ The beauty of one word.

The word Ionian travels the imagination across Western Greece to the idyllic islands of the Ionian Sea. Corfu, Zakynthos, Paxi, Lefkada, Kefalonia, Ithaca and Kythira.  The ‘Heptanese’ (seven islands), are internationally-known for their unique beauty, history and culture.

The dream-like atmosphere with large bays, crystal waters, sandy beaches (among the best in Greece), summer yachts moored in quaint harbors, lush greenery, Venetian facades and castles is everything you could imagine. And the culinary experience is beyond your expectations.

Although each island is unique, the Ionian Islands share  a cultural identity and  place in Greek history as the only Greek-speaking people to escape the Ottoman Conquest (15th century) protected by the ruling Venetians,

Often called Homer’s islands, especially Corfu and Ithaca, each island has a legacy of its own.

The Mycenean treasures of Cephalonia,  the white cliffs of Lefkada,which gave the island its name, the ‘kantada’ ( serenade) of Zakynthos originating in medieval Venice and the birth of Paxi from Poseidon’s trident as he struck Corfu are all part of the mythical magic.

One story, firmly rooted in the Ionian countryside, is based on fact.  The Venetians gave incentives to landowners, generation after generation, to plant the olive tree.  Today, Corfu, alone, has three to six million olive trees (some, 400 years old) providing 3% of the world’s olive oil from Corfiot olives.

The sun-drenched Ionian islands produce a variety of products in addition to olives, including grapes for superior local wines, citrus fruits, honey, figs, the region’s famous currants and legumes.  Meat, dairy and local cheeses, such as ‘ladotiri’ of Zakynthos and kefalotyri, a hard cheese with spicy flavor, are excellent.

Wherever you are enjoying the beauty of the Ionian Islands, the Greek Breakfast offers a taste of the region’s local culinary delights; a blend of traditional Greek cuisine with Italian influences. Savory specialties include the meat pie of Cephalonia, as well as delicious fennel and vegetable pies.  Mandola, a sweet delicacy of almonds and sugar, is a rare treat which can only be found on the Ionian Islands. The region is also known for its exceptional spoon sweets, nougat and ryzogalo (rice pudding) adding to the sumptuous flavors of the Ionian kitchen. A gastronomic experience best expressed in one word; epic. 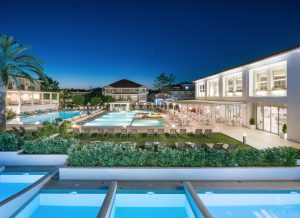 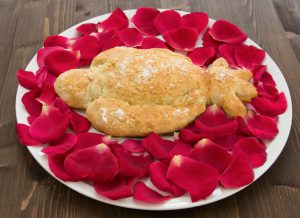 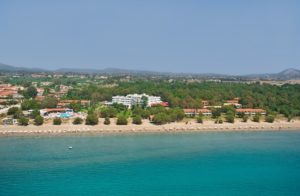 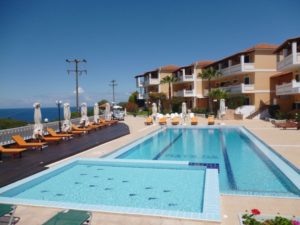 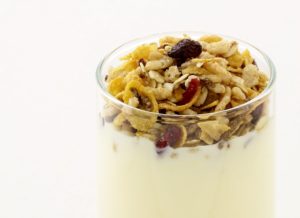 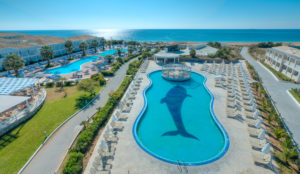