A land of plenty

The mythical magic of Crete is felt in every step on Greece’s largest island.

Blessed with majestic mountains, fertile valleys, gorges, secret caves and enchanting sunsets,  the Cretan heritage shines, at every turn, particularly at the table. Situated in the southern Aegean Sea, the Region of Crete includes the main island and surrounding islands, including a pirate hideaway, a natural Lebanon cedar forest and the island of Gavdos, Europe’s southernmost point.

Cretan gastronomy, internationally recognized as the Cretan Diet, has its roots in the dietary habits of the ancient Minoans including olive oil, wheat, wine, honey, herbs, sheep and goats.

‘You are what you eat,’ the belief that eating well leads to fitness and health, is seen in the long life of Cretans.

The paximadi, or Cretan Rusk, the island’s traditional, double-baked, barley rusk and one of the secrets to Cretan longevity, represents the island’s incredibly simple yet incredibly nutritious gastronomic heritage.

The Cretan Rusk, known for its high nutritional value, has conquered today’s gourmet cuisine yet its original use and long ‘shelf life’ may come as a surprise. Packed in a ‘shepherd’s bag,’ the hard, barley biscuit provided nourishment and stamina, with every crunchy bite, for long periods in the mountains.

The rich Cretan earth and favorable climate together with the island’s long livestock tradition have created a land of plenty. Crete produces olive oil, which is considered one of the healthiest in the world, as well as delicious green and black olives.

The Cretan culinary tradition is a wonderful combination of the freshest ingredients, authentic Cretan products and creativity in the kitchen.

The Greek Breakfast of Crete is a celebration of local specialties that are so special they are named after a locale. There is the famous bougatsa of Irakleo, filo dough with either cheese or sweet custard filling topped with sugar and cinnamon and  the equally famous bougatsa of Chania with a filling of slightly sour Chaniot myzithra. The pie of Sfakia, a crepe filled with myzithra,  Anevala of Sitia, stuffed breads with the soft Cretan cheese and the famous Cretan Graviera (PDO) , smoked pork and sausage in vinegar are just a taste of the Cretan gastronomic heritage. 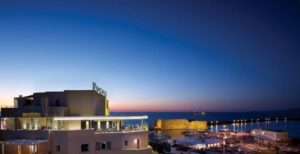 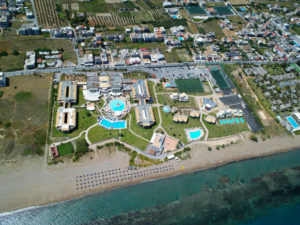 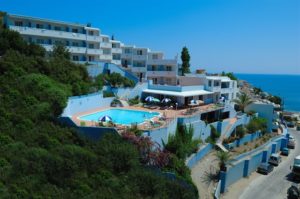 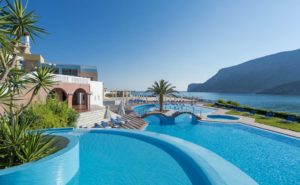 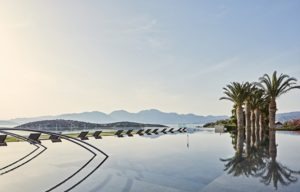