Legend surrounds the beautiful Peloponnesian Peninsula, birthplace of the Olympic Games, first held in 776 BC at ancient Olympia.  Myth inspires the name itself.  Pelops, a grandson of Zeus and founder of the Pelopian dynasty at Mycenae, personally gave his name to the southern region of the Greek mainland; forever named the Peloponnese (island of Pelops).  The legendary saga of Helen of Troy springs from the Mycenaean Civilization, mighty warriors with a profound sense of aesthetics seen in the exquisite gold work and jewelry.

The charm of the countryside is captivating. Olive groves rich in history color the scenery. The Kalamata olive and olive oil are especially distinguished as superior quality products.  Cultivation on the fertile land includes lemon, orange, mandarin and apricot orchards, as well as fig, cherry, apple, walnut, almond trees and proud vineyards.  Grapefruit from the Valley of Sparta and the famous Argos melons, as well as a variety of garden vegetables, raisins and honey from the Mani. All these fruits of the earth create a rich gastronomic heritage for a true taste of the Peloponnese.

The region’s Greek Breakfast is a Peloponnesian feast.  Fresh fruit and juices, sage and mountain tea, delicious local cheeses, such as sfela (PDO) Laconia, a semi hard brine cheese, simpoukoukira, a Tsaskonian cheese made from milk cream without butter, cured meats and sausages, xerotigana, fried pastries dipped in honey and sprinkled with walnuts, galatopita (milk pie), sweet pumpkin pie and semolina halva are just a few of the local delights. And, you can expect a dash of cinnamon where you don’t expect it for authentic Peloponnesian flavor, a favorite spice and inspirational culinary tradition. 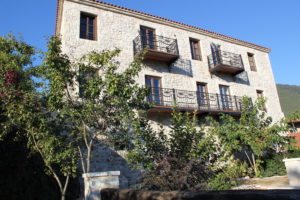 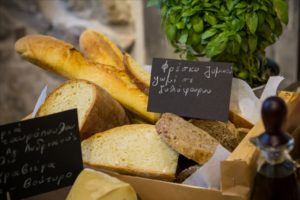 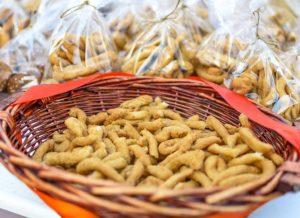 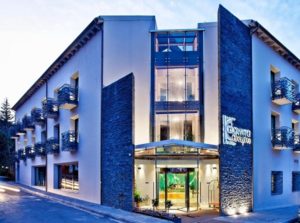 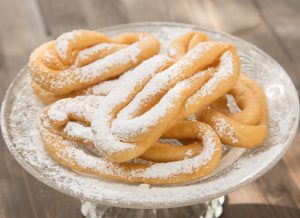 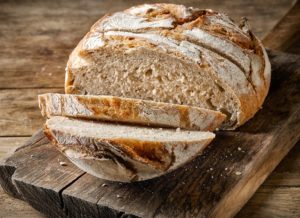