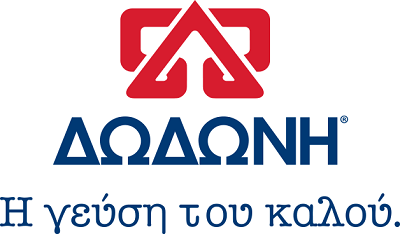 DODONI was founded in the city of Ioannina more than half a century ago. Back then it was a small pasteurization unit, which initially served exclusively the needs of the residents of Ioannina, collecting cow milk from small regional farms.

Today, half a century later, DODONI has become one of the leading dairies in Greece, and the market leader in P.D.O Feta cheese.

Company’s continuous development, was based on the long term strong relationships with the farmers of Epirus, the standardization of the highest models of quality in cheese-dairies, as well as the respect towards natural environment, always focusing on the needs and priorities of the consumer, always driven by the maximum of respect. DODONI has modern factory units in Ioannina, Cyprus and Thebes.

With over 100% of Greek milk and the purest raw ingredients, DODONI has been creating original dairy products for 57 years, such as the famous feta with the stamp of the company’s trademark, yogurt, yellow cheese and many others that stand out for their rich flavor. All the products of DODONI, certify the credibility and authenticity of its wonderful taste, the Taste of Good.